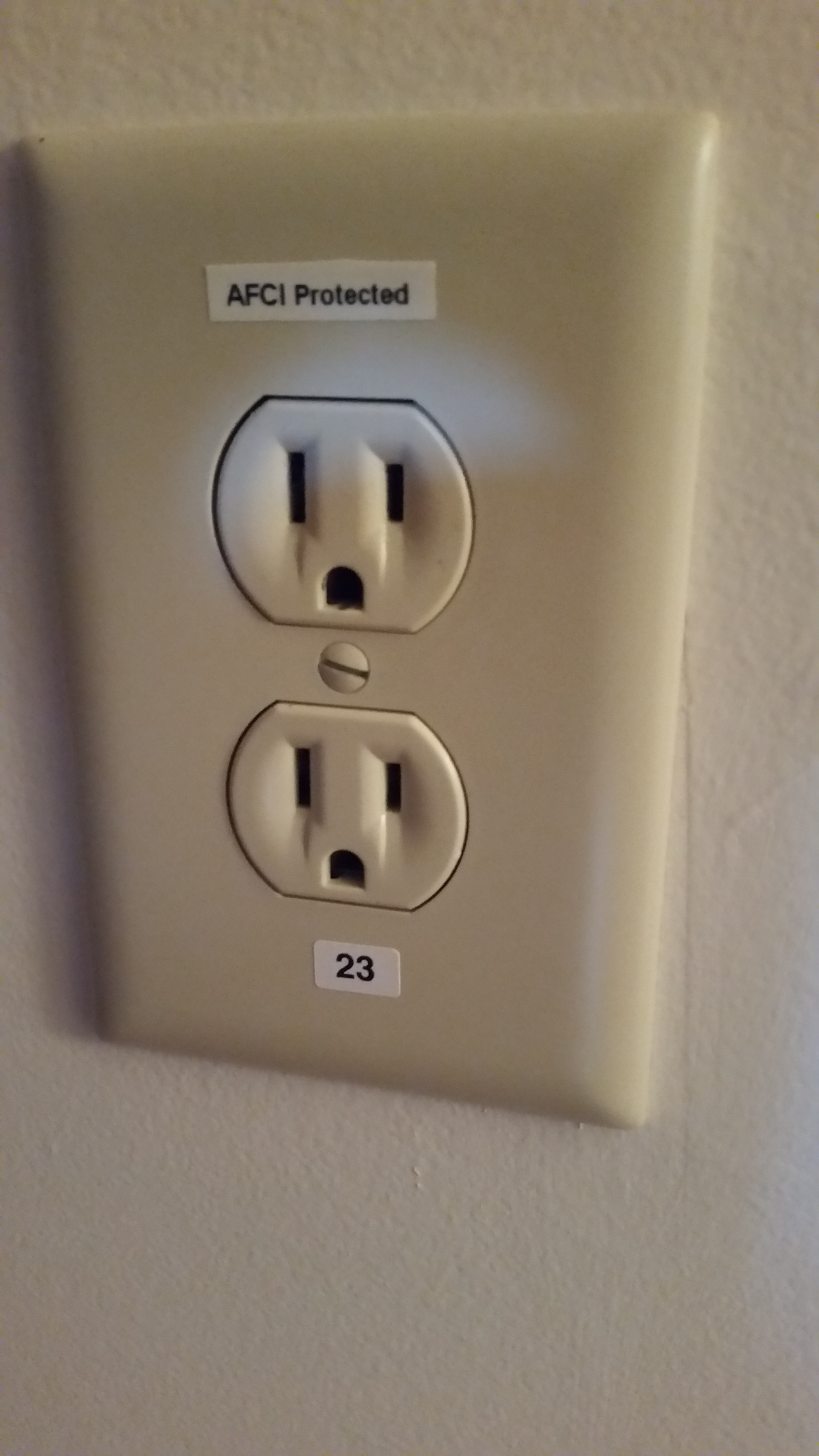 While the NFPA’s National Electrical Code does not specify a preferred orientation, I like to install electrical outlets (as shown) with the ground pin down. There are several popular arguments which assert the ground pin should be at the top. One such thought contends there would be less of a chance of a metallic object sliding down the wall and creating a direct short circuit with the exposed line and neutral conductors if the plug wasn't inserted the entire way. Notwithstanding, I like it to look more like a face. 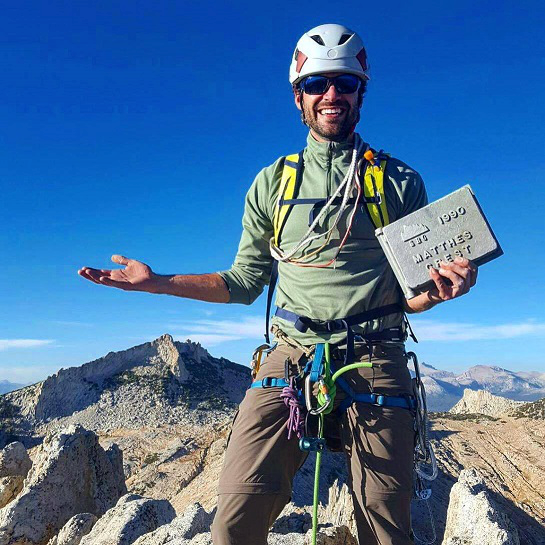 My son has a great grasp of what is important. He is currently going through a divorce and has given away, donated, sold or discarded many physical appurtenances except for those that relate to his passions. As he says, all the rest is “just stuff” and he’s right.

We are not significantly what we buy or have – not cash, cars, houses, clothes, bicycles, boats or decorations.

The most important things folks remember about someone, are not the different widgets they have managed to amass and show the world, but rather what they done -- especially the good they have brought forth to help those around them.

I used to deliver the Martins Ferry Times-Leader. Sometimes it was a hassle but mostly it was something I really enjoyed. There was a tiny house on my route that was tucked between the Calvary and the First Presbyterian Churches in St. Clairsville, Ohio. The house was probably only about 250 square feet but contained the nicest old guy you’d ever want to meet: Ben Davis. Ben loved baseball and in the summers, he liked listening to the Pirates on KDKA-AM as called by Bob “The Gunner” Prince. I mowed Ben’s yard as well but I never felt right taking any money for such a small job, so eventually I just mowed it for free. I believe he passed away in the early 70’s – still I’ll never forget his wonderful personality and how much he liked the Pirates.

His elderly wife and I struggled mightily for about ten minutes to get him out of their car. His legs were swollen and ulcerated with severe cellulitis and he was very weak. All through this process he apologized profusely to his wife and to me.

Later, in the treatment room, he expressed remorse for being such a burden to others and especially to his wife. I know firsthand that caring for an ailing partner can, at times, be very difficult but it was good to see her trepidation in taking care of the man she loved.

We are all so close to experiencing failing health but it is reassuring to know that such suffering can also be met with a loving hand. It may not make the disease better, but it surely makes it more bearable.

As I was leaving for the night, I briefly stopped by another room to offer a warm blanket and this frail person remarked how much she just wanted to feel better and it made me sad for her and the things I cannot change. 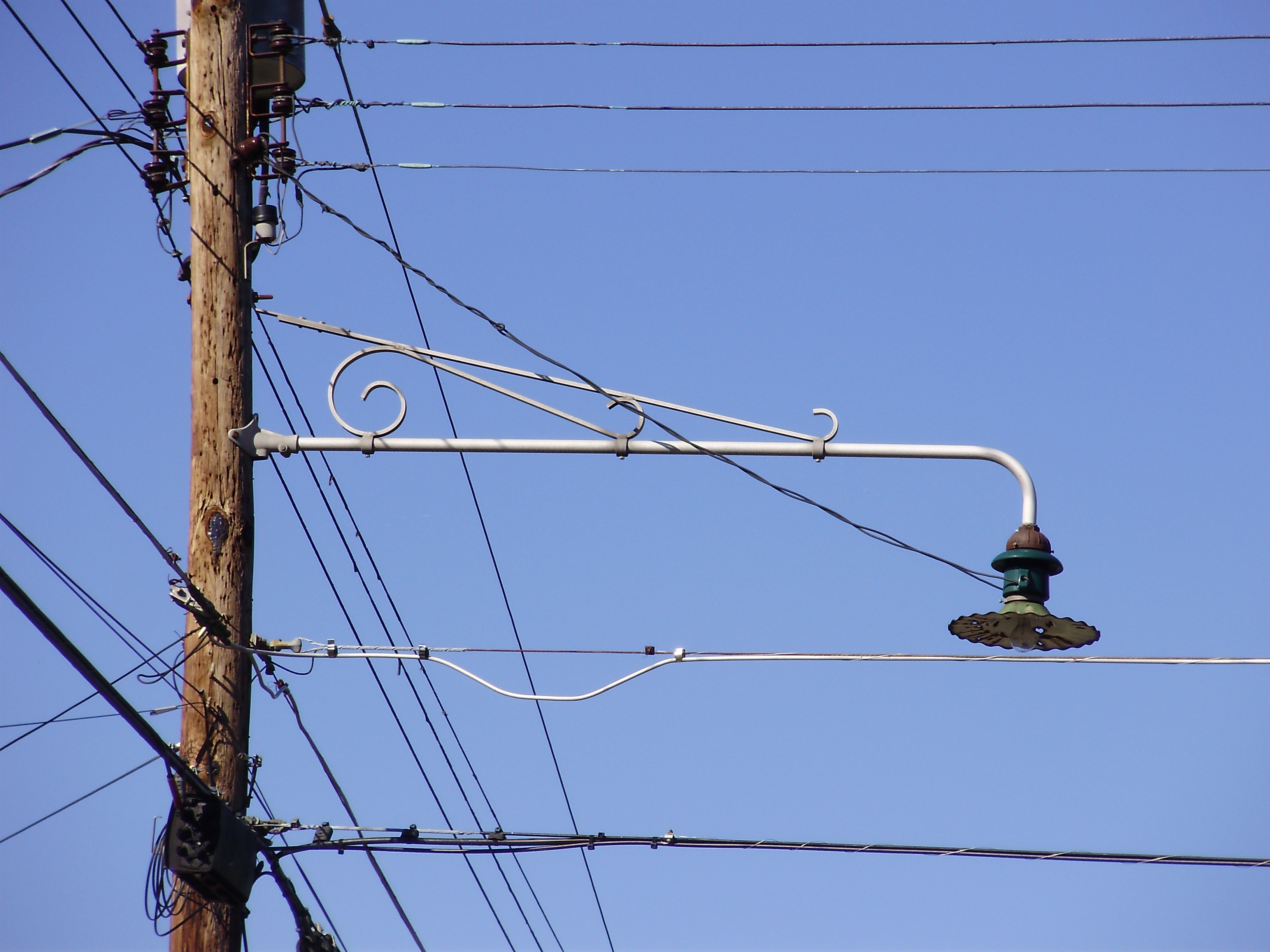 There was a time when all the streetlights came on at once. Before the days of light-sensing electronics, neighborhood lighting was usually controlled by a timer and this timing was often used as a standing order for kids to come home on summer nights. Many of these lamps had the large socketed (Mogul E39) incandescent lamps which were laid bare for anyone handy with a slingshot or BB gun. The reflectors were reminiscent of wrinkled pie plates but now they remind me of the emotional security I felt growing up on Shepherd Terrace. Whether it was playing kick-the-can, fiddling around with calcium carbide, or picking berries from the large mulberry tree, it was good to know that my parents made most of the tough decisions.

It is inevitable that we will all eventually lose someone and, of course, we ultimately will be the person someone else has lost. In my experience, one of the best ways to honor these folks and to keep ourselves healthy is to render our hearts in such a way that would make that person proud of us.

Find a way to help or serve someone, and hopefully when we are gone, a newer life will do the same for us. One of the most precious things to remember about a person was their capacity, willingness and action to be kind. It lasts beyond lifetimes.

Sometimes at the office, as if I am sightless, I’ll close my eyes and walk the long hallway back from the restroom. Relying on and navigating with the remaining senses is tenuous but it reminds me of how easy it is to blind ourselves. I like to imagine there is something beyond our five senses which is discoverable, and that it lies in the ending of one dream or another.

O the joy of my soul leaning pois'd on itself, receiving identity
through materials and loving them, observing characters
and absorbing them,
My soul vibrated back to me from them, from sight, hearing, touch,
reason, articulation, comparison, memory, and the like,
The real life of my senses and flesh transcending my senses and flesh,
My body done with materials, my sight done with my material eyes,
Proved to me this day beyond cavil that it is not my material eyes
which finally see,
Nor my material body which finally loves, walks, laughs, shouts,
embraces, procreates 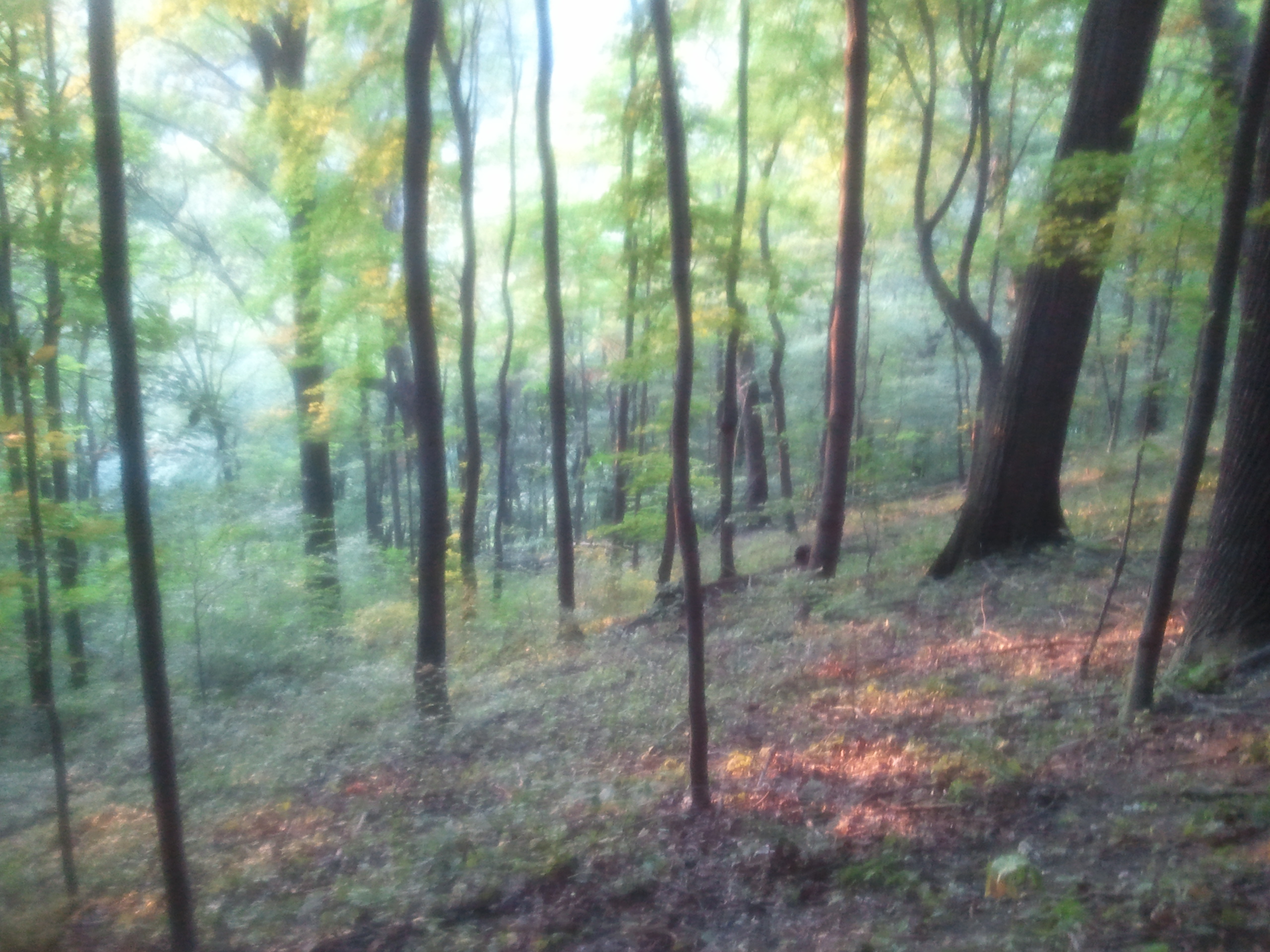 There are so many ways folks will always be tied together
After failed relationships or even death, the most subtle bonds linger
Sometimes they are easy enough to reckon -- especially when we’re distracted
But the foundation of what we were situates in the chests of the many
Mostly as the comfortable home that we – “everybody” once knew together
There is no easy route to follow, and if there were, it would seldom be worthwhile
Staying healthy is to climb through new spaces, in spite of the ever-changing landscape

I had seen her turban-covered head the previous week but didn’t manage to connect. She was back the following week looking inordinately frail and thin. We talked at great length about cancer, chemo, treatments and hope.

On the drive home, it occurred to me that I am really very lucky. It’s not because I don’t have cancer. It was more that we were able to share a few important words and that I was able to make a positive connection with someone who likely has fewer days left than I do. It’s funny how hope works. It never directs or necessitates an outcome, but it is certainly worthwhile.

Suffering will always be a part of our lives, but to turn away from it, does not eradicate or lessen it.

Back in the sixties, my dad was friends with a man (Bob Scott) who knew a whole lot about radio technology. I believe Bob worked at and lived near the 50,000 watt WWVA 1170 AM transmission facility “Story Acres” on Barton Road in St. Clairsville, Ohio. It always intrigued me that during nighttime hours, the AM frequencies would “skip” farther along the ionosphere, allowing WWVA to be heard over vast areas of the country. Of course the raw transmission power of this station was already so great that many nearby folks could hear the broadcasts on their telephones and other non-radio devices. 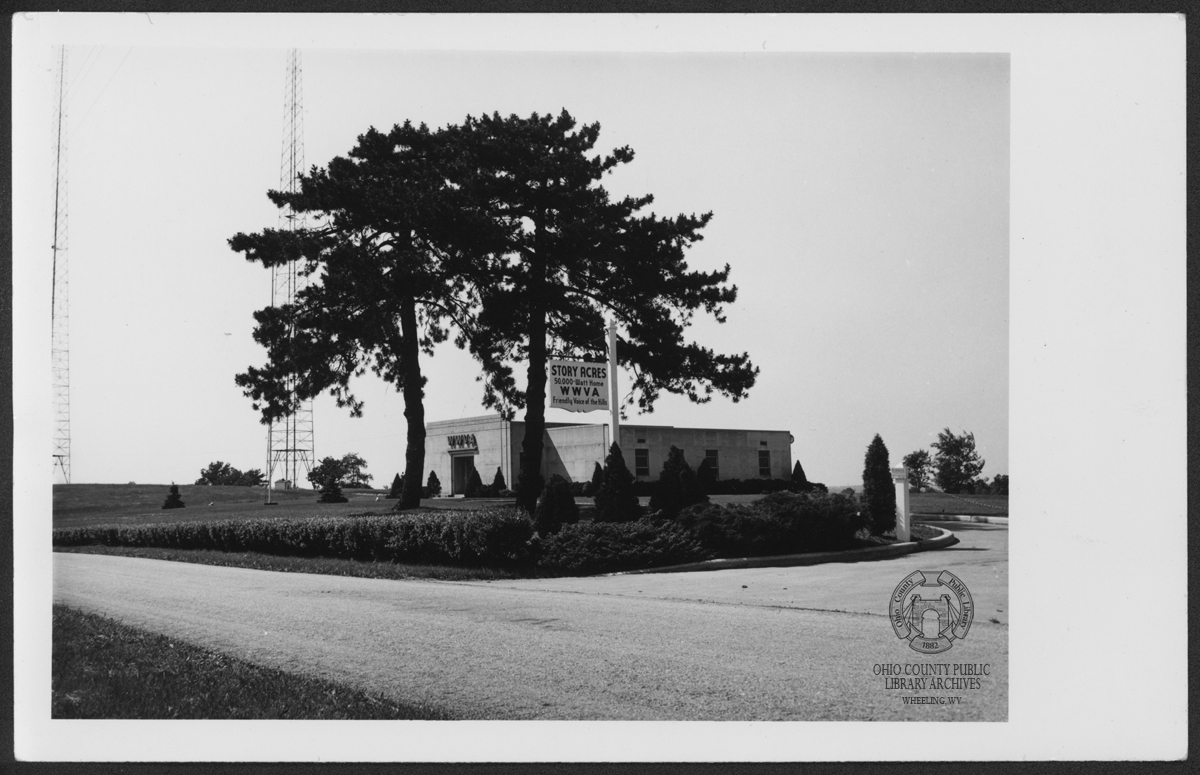 The building itself always reminded me of a fortress or a mausoleum and in my young mind held many technological secrets behind its stone walls. Before the days of the internet, radio engineers always seemed to hold an enviable expertise and I believe at one time Bob offered to take my dad and me to see this facility. However, this never happened -- but sometimes I wish it did or even that I could now go and see its inner workings.
Collapse